Litigation involves handling civil disputes between parties. This often includes the negotiation of matters before filing suit and the prosecution of lawsuits. We have litigated matters for clients who have problems that need resolution in Texas courts.

In some cases, there is an immediate need to have a court order a party to do or not do something. These time-sensitive requests are known as temporary restraining orders. Other remedies include asking a court to determine the meaning of a contractual clause, called a declaratory or dec action.

What are the different types of courts?

If a case involves the estate of a deceased person or an incapacitated person, then the probate court is an appropriate forum. For disputes involving questions of United States law (i.e. a federal questions), or for certain large scale disputes involving parties that are not Texan, federal courts are a common forum.

Appeals courts hear appeals from the lower courts in their jurisdiction. In most Texas counties, criminal courts are typically separate.

What is fiduciary litigation?

A fiduciary is someone who owes the highest duty of care to another person. In this type of litigation, a fiduciary may be the person in charge of a retirement plan, a person who has been appointed power of attorney, guardian, administrator, or executor of a ward or an estate. If this person puts his or her interest above those to which s/he owes the fiduciary duty, then such conduct is actionable.

For example, suppose John holds a power of attorney document to conduct the affairs of Steve. John uses the power of attorney for his own benefit. Steve has a cause of action against John for breach of fiduciary duty.

Depend on a Texas litigator

The Law Offices of David L. Leon, PC handles litigation in Texas state and federal courts. Learn what Dallas attorney David Leon can do for your commercial litigation case.
Contact Us

Arbitration is an alternative form of dispute resolution. Instead of using the court system, parties can elect to resolve their disputes by using a private organization, such as the National Arbitration forum or the American Arbitration Association.

In arbitration, you present the facts of your case to an arbitrator - either an individual or a panel - who decides the merits of the case and the appropriate relief.

Mediation is a process by which parties attempt to mutually negotiate a solution to a dispute by using an independent mediator.

Commercial collections and suits to collect past due invoices

This tends to be one of the more common types of litigation. Essentially, a business will offer goods and services on a revolving account basis to another business. When those invoices remain unpaid, litigation may be necessary.

The typical first step is to assemble all written documents exchanged between the parties. Next, a demand letter stating that the other party is in breach of the arrangement would be sent, detailing what the other side needs to do in order to rectify the situation.

Should the sides fail to reach a settlement, then the side owed money can file a suit in which a representative of the company that issued the invoices swears to the truthfulness of the invoices. This is called a sworn account suit. This forces the other side to have to file a sworn answer stating that they do not owe the invoices.

I have a judgment. Now what?

If you have a judgment, either from a Texas court or from another federal or state court, we can assist you with the processing and collection of that judgment in Texas. This includes the registration of a foreign judgment in Texas state or federal court, settlements, including negotiation of judgments, removal of judgment liens, post judgment collections, abstracts, and enforcement.

Attorney David Leon handles a variety of business litigation matters for worldwide clientele who have business matters in Texas. Some of the more common cases include: 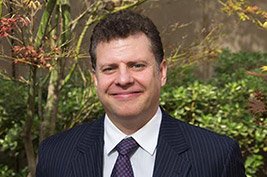 Contact an attorney who will not back down in the courtroom. David Leon refuses to let you be pushed around and helps Dallas clients in reaching the best outcomes in their civil litigation cases.